Italy’s charming landscape and immense cultural and historical legacy attracts both tourists and students to the country. Typical of the Italian higher education is that education is strongly influenced by the arts and humanities. Italy is one of the oldest and most prestige educational cities in the world, Italy is home to Michelangelo and Galileo Galilei who are both well renowned and were once students there. The top 5 universities in Italy include:

In Italy, you pay around 850 euros to 1,000 tuition this is extremely low in comparison to the 9,000 a year in UK. Italy is home to 90 universities, of which the majority have public funding.

SNS is the best university in Italy and is also in the top 50 universities in Europe. This public university is in Italy’s Tuscany region, famous for being the home of Italian Renaissance. It is extremely small in comparison to all UK universities with only 462 students, whom are carefully selected and only 6% are international. The university is loyal to motivate students, for example by organising competitions for masters students. This way, students opportunity to study free of charge.

Popular subjects include; history of art and archaeology, modern and contemporary literature, mathematics and physics. The halls of residence are modern which contrasts with the other beautiful buildings on campus and the location is in Pisa and Florence, Students can also benefit to one of the biggest open-shelf libraries in Europe, found on campus.

This university is also small with only 679 students, of which 13% are international. Entry to Sant’Anna is difficult and students must achieve top marks in entrance exams and demonstrate proficiency in two foreign languages, in return students can study for free! Similarly to SNS this university campus is also in Pisa. The main fields of study include:

Bologna is the oldest university in the western world and was found by students, it’s home to over 84,486  students so is a lot larger in comparison to the previous top 2, out of these only 7% are international. The University of Bologna is known for civil law and has five campuses in different locations across various cities. Bologna is  the seventh most popular city and is a well known student city, where students make up a third of the population.

It is one of the few universities that have residence for students on their campus,. Similarly to many UK universities sport is a big part of student life at the university with physical activity considered an integral part of education.

This Polytechnic University is the largest technical university in Italy 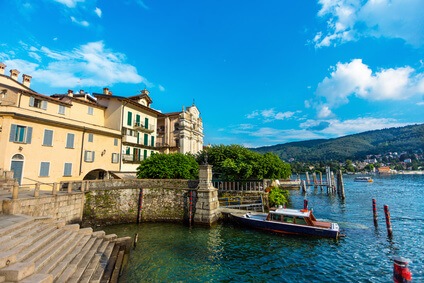 and the oldest in Milan, it has 33,000 students  and is characterised by the high percentage of  international student (13%). Besides being the fashion capital in Milan it is also a popular student city.

It specialises in both design and architecture, where innovation and quality and two values the university focus on. In 1863 the university was founded, and now has several campuses in five different cities. The main campus and largest campus is in Milan.

The university is one of the few universities that has a student residence on their campus and the city is known for being full of praise “called a delight to the eye.” Which is more than what can be said about a lot of UK cities. Everywhere you see the beautiful towers and palaces.

If Italy’s beautiful culture, amazing top universities and opportunities it offers is tempting you to migrate you can find out more about moving to Italy