Top 10 Universities in the USA

The best university in the USA is CalTech. Despite having just 2,234 students the university boasts a plethora of impressive alumni including including 34 Nobel prizewinners, six Turing Award winners, five Fields Medalists and multiple national awards. In addition several politicians and public advisors have studied at CalTech.

Situated in Pasadena, near Los Angeles the 124 acre campus is in a great location close to two large cities and several beaches.

There are six faculties with the main focus on science and engineering and is ranked at number one globally in some of these areas. In addition the university has the highest percentage of students who continue their studies in the form of a PhD.

In popular culture CalTech has reached international fame as the university where the main characters work or study in the popular sitcom The Big Bang Theory.

Situated in Silicon Valley it is of no surprise that this university specializes in the fields of research and new technologies. Several alumni and faculty members have gone on to found some of the biggest tech companies in the world including Google, Snapchat and Hewlett-Packard. Graduates of Stanford who have founded companies make an approximate total of $2.7 trillion each year.

The university, known as ‘the farm’ due to being built on a livestock farm, covers a whopping 8,180 acres and is widely believed to be the most beautiful university in the world due to its iconic red brick roofs buildings in addition to the gardens and art museums spread across the campus. 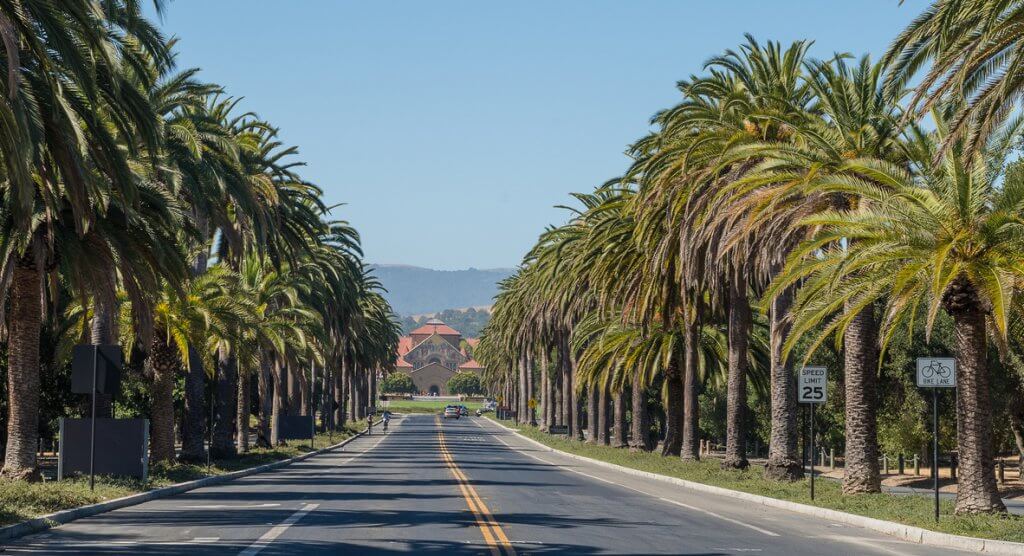 Similarly to Stanford, MIT also has a reputation for engineering and sciences, being especially known for computer science.

Unlike other courses many of the university’s undergraduate and postgraduate courses are linked, many of them can be taken at either or both levels.

Over one third of the 11,000 are international students showing how welcoming this university is for foreign students, and also how competitive it is to get a place. Only 8 per cent of applicants are accepted.

The university has produced a broad variety of alumni including UN Secretary General Kofi Annan, physicist Richard Feynman and even astronaut Buzz Aldrin.

Harvard has a plethora of famous alumni that have gone on to have great success in their respective fields, these include eight US Presidents, around 150 Nobel laureates and 62 living billionaires.

Around one quarter of the 20,152 students are international students despite the high cost of tuition. Harvard has a

Differing to the previous universities on the list Harvard doesn’t specialize in scientific areas, despite having a great reputation for science and technology the university is also just as highly regarded for arts and humanities. In 2016, Harvard occupied second position in the arts and humanities ranking in addition to ranking in the top 10 for physical sciences and, social sciences and engineering and technology, showing that it really is a well rounded school.

Another one of the reputable Ivy League schools with strict entry requirements including students undertaking independent research as part of their degree and some even needing to take a foreign language course.

The university has a unique social environment consisting of ‘eating clubs’ where it is easy to make friends and enjoy the nightlife the city has to offer. Despite the city not having a huge international reputation it is located just an hour from both New York and Philadelphia which means it is easy to find things to do outside of studying.

Of the 8,000 students at the university over a quarter are international.

With over 38,000 students in the university is it one of the bigger ones the list. The urban university is on the bay overlooking San Francisco and is renowned not just for Academia but also for its sporting prowess. In the 2012 London olympics its graduates won 17 medals, 11 gold, one silver and five bronze, meaning that if Berkeley were a country it would have ranked joint 6th in the total medals table.

With just over 13,000 students this university is relatively average sized in terms of US colleges. Again this university is famed for its sports, which is hardly a surprise in a city with internationally known sports teams. The school has one of the best business schools in the world with great opportunities to have practical experience.

If money is something troubling you when it comes to looking at universities in the USA then Yale is a great option. Over 50% of students receive financial help from the university. The university is split into a collegiate system similar to what would be found at the universities of Oxford and Cambridge in the UK. Notable alumni include five US presidents and more politicians, interestingly four Yale graduates signed the declaration of independence.

Founded by Benjamin Franklin in 1740 this university has a great record when it comes to all round education. Similar to other schools in this list the UPenn has no specific speciality.

The urban campus has many landmarks claiming world firsts including being the first university in the US to offer undergraduate and postgraduate courses, the first double decker college football stadium etc.

The final university on our list is a research based institution. Despite not having quite the same academic recognition as Harvard or MIT the university is noticeable due to being the location of many Hollywood movies, including American Pie 2, Erin Brokovich and Legally Blonde. The university focuses on high quality learning, teaching and student experience.

With such a wide variety to study in great locations in world leading universities the United States offers a great option for those moving abroad. If moving to the US is something that interests you then why not check out our moving to America page.