France is a well known prestigious country to study in, the beautiful scenery and culture attract many students every year. Being the country of origin of enlightened philosophers such as Descartes and Rousseau there’s no surprise this sunny destination is a popular one to study in. France has about 100 universities and 83 of them are public. International students are welcome to attend all these 83 universities.

The top 10 French universities include:

This list of 10 best universities is based on the Times Higher Education‘s World University Rankings 2015-16. Out of this list, the top 5 universities are in Paris.  But also universities from places like Lyon, Grenoble, Marseille and Bordeaux are in the top 10.

The top university in France, located in Paris and ranks very high in continental Europe, it dates from 1974 and compares to universities in UK such as Cambridge University and Oxford University. It ranks number 54 in the world which is lower than Cambridge’s ranking at number 4. The ENS can educate its students to become future leaders in the professional field, such as research, media, public service and the private sector. The university focuses on traditional areas of study such as social sciences and humanities.

Second place for the best universities in France, similarly to ENS is in Paris (15km from the centre) and is a prestige university. The motto of the school is “For the Homeland, Science and Glory”. This university is very small compared to many in the UK with only 3,000 students of which 30% are international, this is a very large figure considering the small size of the University.

There are many positives about this University but one that makes it particularly attractive is that all students (even exchange students) receive a months salary, making University life more affordable and making it easy to find funds to create and attend events. This university is investing heavily in its international aspect is more evident from the fact that it will start a new Bachelor program in 2017, where it is aimed at international students and will be taught in English.

Ranked number 3 in France, this University is also situated in Paris,UPMC is the largest scientific and medical complex in France. There are options of 75 masters and has 31,000 students of which 20% are from international backgrounds. The university mainly specialises in Natural Science & Mathematics, and Engineering & Technology and medicine.

The university similarly to many UK Universities focuses on sport, there are many sport events and training programs. The UMPC is  known winning the Nobel Prize in Physics, besides studying the University still offers many other opportunities for students to develop their skills. 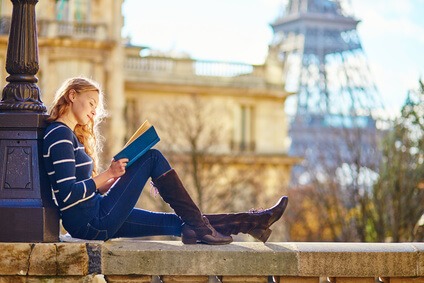 Another large University that has just under 30,000 students with 4,800 of these being international students from 125 differen
t countries and has the largest campus in France. It is well known for its contributions to physics and chemistry research. Impressively it has won Two Nobel prizes and four Fields Medals have been awarded to the university

Many important business people in leading academics attended the University, including Bertrand Serlet, the former senior vice-president of software engineering at Apple.

Also known as Paris 7 the University is in the heart of Paris, it is the only multidisciplinary university in Paris to offer a wide range of degrees in the humanities, medicine and the sciences. The University itself is quite new and dates from only 2007. It has just under 30,000 students of which 17% are international.With a close relationships with a large number of foreign universities with an aim to develop their international standing.

This University is Situated in Lyon unlike the previous five, it is very small with only 2,200 students with a huge proportion for its size of 15% being international. EMS Lyons was founded in 1880 and offers 12 different study programs and 45 master degrees.

All international students studying are guaranteed residence in the University, this is very useful as in the UK it can be extremely difficult to find accommodation. There are many student clubs that make the campus life more attractive and are aimed specifically at sports, culture and arts. 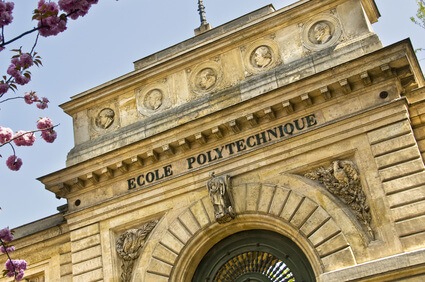 Its location is in Grenoble in the south-east of France and is renowned for its excellence in both IT and Engineering. The location is also perfect if you love to ski as is only one hour travel to the nearest ski slopes. This university has a very international focus: with a population of 17,000 students, of which 2,400 came from another country. The French language is a requirement if wanting to study at Joseph Fourier.

Similarly to many of the top Universities its location is in Paris. The university consists of around 28,000 students of which 17% are international. It has a high recognition for the level of education in medical studies and humanities. The beautiful architecture of the University attracts many here.

This university has the largest amount of students with 70,000, as well as the highest disposable budget. It consists of five main campuses and is a very popular University which can be reflected in the high number of important economists, jurists and diplomats graduated from this university. The city of Marseille is also a very popular student city

This is one of the newest Universities in France with it only being founded in 2014 by a collaboration with three major Universities. The University of Bordeaux is the third largest university in France, with 53,000 students. Also this university offers a wide range of studies ranging from Business Management to Natural Sciences and Earth Sciences.

As you can see from the 10 best universities in France, France has a range of high quality Universities to choose from all in great popular student cities. If you are enthusiastic to also study in France, you can find more information on our page moving to France. Bonne chance!