Living in Portugal is a lot cheaper than in the UK in terms of consumer prices and grocery prices. The economy is not as strong in comparison to the UK so as a result it can be a lot harder to find a job if you are planning on working in Portugal. But what are the key considerations you should know when living in Portugal?

Many features in the Portuguese culture vary from what are common in the UK. Family is very important in Portugal and are the foundations of social structures. In terms of business culture there is a very clear hierarchical structure. There is a more dictatorship relationship between workers and bosses. This is quite opposite in comparison to most UK business practises. Portuguese place very high emphasis on status, this can not only be seen in their dictatorship structures but also the brands worn. Brands and expensive cars are a good way to see how wealthy an individual is.

The biggest difference in the UK and Portugal is of course the weather. The location being near the Mediterranean means the climate in Portugal is very hot in comparison to England’s constantly rainy weather!

The eating habits are dependant on the region within Portugal. The north are know for eating caldo verde which is kale and potato soup generally flavoured with a slice of chourico. In the south it is more common to have gazpacho with bread and smoked pork. As you can see soup is a very popular dish in Portugal, whereas in the UK we are used to more unhealthier traditional meals.

In general, everything is cheaper when living in Portugal in comparison to the UK. Consumer prices are 50% higher in the UK than in Portugal which is quite a considerable difference. Primary products such as groceries are around 45% cheaper in Portugal and electricity is 100% cheaper! The lower prices accommodate for the lower salaries which are around 160% less than in the United Kingdom. The low salary rates reflect the conditions of the current economy which is not as strong as the UK.

Luxury goods are generally higher prices in the UK. A trip to a fancy restaurant will put you out 95% less, costing 60 EU in the UK and only 30 EU in Portugal for a nice restaurant. Similarly to the UK, prices of renting and buying an apartment is more expensive in the city centre than in rural areas, but the house sizes will be a lot smaller in the centres compared to spacious detached houses in the rural areas.

If you’re thinking of moving to Portugal it is worth considering buying a house. You are able to get much larger apartments than what you would in the UK and for a fraction of the price! For an apartment in the centre of a city it will cost you 310% less than in the UK. Renting is also cheaper but not as cheap as buying an apartment. It costs 130% less to rent in the city centre in comparison to the UK. 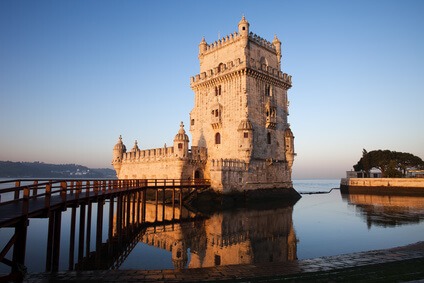 Things to consider when living in Portugal

A key element in the variation of lifestyle Portuguese have is the importance of authority and culture. In Portugal respect is very important, it is almost impossible for you to see a youth arguing with someone of higher authority such as a police officer; however this is commonly seen within England. The way of life in Portugal is to work to live in comparison to England’s live to work.

Are you thinking about moving to Portugal? Find out more information on our other pages.