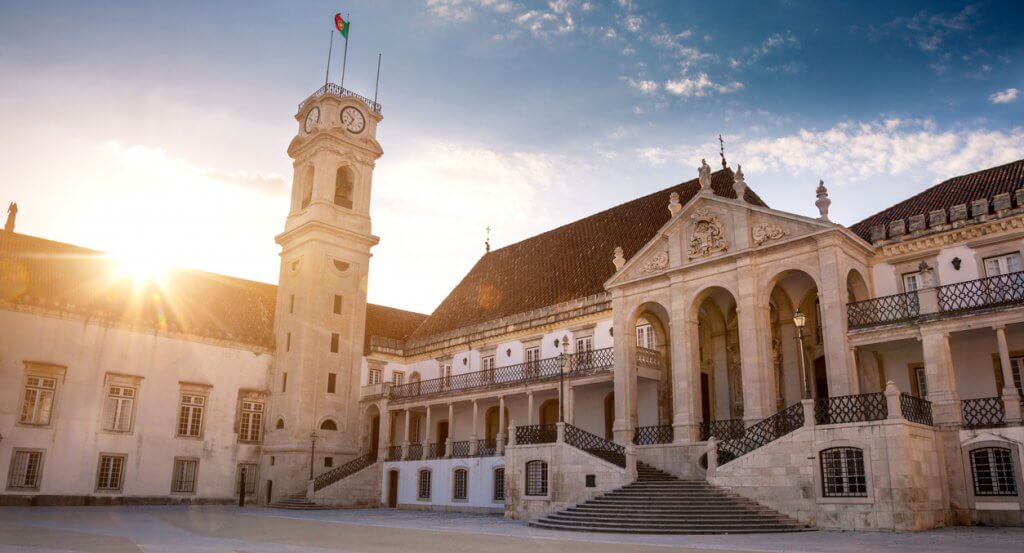 Situated in the heart of Aveiro, just a short drive down the coast from Porto, this university boasts a modern campus built by some of Portugals most noted architects. There are 16 departments in the University. The university is known for a scientific and technological background. Most notably the creator of the internet search engine was invented at this university in 1995. Furthermore the university is a leading institution in the field of robotics having won the international RoboCup competition in 2008. The university holds a Research Day each year to celebrate it’s achievements and encourage integration between the universities different departments.

The University of Coimbra is the oldest university in Portugal having been founded in 1290. It’s campus, which is situated on a beautiful palace is a UNESCO world heritage site. Despite keeping its traditional roots the university has also taken a leap to the modern age. 10% of its 21,000 students are international students in addition to being a popular choice for technology and science students. The university has kept tradition alive with rituals such as Queima das Fitas (ribbon burning) to celebrate the end of studies and the tying of tin cans to the legs of new students as a way of initiation to the university.

Some of the the universities facilities include stadiums, a publishing house, an astronomical observatory, a baroque library and an 18th century bell tower.

Lisbon is the capital of Portugal meaning that it offers a rich history, strong culture and vibrant nightlife.

The University of Porto is made up of 14 faculties and 15 schools spread over three campuses. It offers a wide variety of courses but is known for its ‘hands on’ style of teaching meaning that the university has a high graduate employment rate.  Some 13% of the 31,000 international students are international students, one of the highest percentages in Portugal. This shows that it is a great option for those looking to move abroad and that is easy to meet new people.

The city of Porto is a beautiful city, it is made up of Baroque Architecture and has been given the status of being a UNESCO world heritage site.

Don’t worry if your Portuguese isn’t up to scratch, at the beginning of each semester, Minho offers 60 hours worth of of beginners’ classes in order to help you out. After graduation, the university grants students access to the Portal Alumni which means they are able to maintain contacts and help network in their professional field.

Universities in Portugal are just one part of Portuguese education system. For more information on the general level of education in Portugal click here.