Advice from a girl from Kappeln, Germany

Why should Kappeln be a destination for travellers and expats alike?

My city is in the north of Germany near the border of Denmark. It is a small cute city, with about 9000 people. We live close to the water and it is a very safe city. Every year a lot of tourists come to Kappeln because of how it looks, because of the landscape and because it is very refreshing. It is very common for people to rent out a bike and go cycling around the city, to the beach or the rural areas around the city.

A lot of people generally want to move to Kappeln because it is a secure and safe city. Moreover, our high school, although small, is known for its high educational level or standards. When you graduate from that high school you can be sure to get into a good university or at least have a good basis to go to any other school. This is one of the reasons, why many families from bigger cities decide to move their family to Kappeln. Kappeln is close to Kiel and Flensburg, so many people live in Kappeln but commute to the bigger cities to work.

What are some great attractions and festivals in Kappeln? 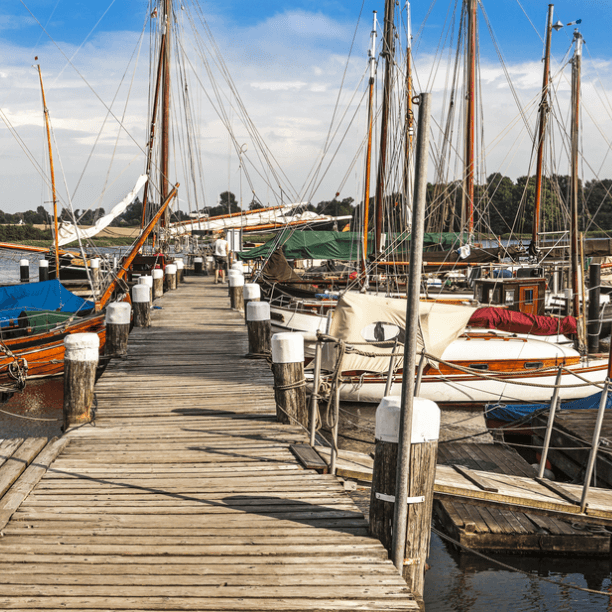 There are no notable museums, however, we have a small ship museum and many people come to Kappeln to see the port, the boats and ships. Each year we have a volks festival called Heringstage which attracts many tourists. Heringstage is a festival that celebrates the start of a fishing season. It is fair with a lot of food stands, carousels, Ferris wheels and so on. We basically eat, drink, walk around and meet everyone.

At first, the walk was meant for only the men as a way to celebrate father’s day, but the women saw no reason why they couldn’t do it too. So they made the anti-men walk and that is why there are either women or men’s groups for the walk. In the evening there is also live music and the events last till around 3 to 4 o’clock in the morning. We end the last day of the festival with fireworks.

Well, the nightlife isn’t really vibrant. We have one club called Discothek Goosbusters where the high school students go to. If you are done with high school you don’t go to that club. Basically, when you finish high school you move out of the town. No, I am half joking, but the truth is there aren’t many places to go dancing or whatever. We do have one restaurant-bar called Cameo where people can go to after work. You can get really nice food and cocktails there. Some of my high school friends actually became event planners because they were frustrated that there weren’t any clubs in Kappeln. Every month they generally plan an event on a big tourist boat with a capacity of 200 people. Those events are usually very nice because the boat drives around the coast while people party.

How are the people in Kappeln?

Everybody knows everybody, somehow there are connections . Everyone says hello to each other and are pretty warm towards one another. It’s kinda funny because in the winter you know everybody so you immediately notice when the tourists come in the summer. cause you think to yourself, I don’t know these faces. It is not a closed community cause we do welcome people in and we are very open. However, everyone knows each other and what is happening in the city.

How is a normal work day in Kappeln?

We don’t necessarily have many companies since we are a tourist city. So we are more into providing services. We have many restaurants, bars and shops. The stores are usually open till 18.00 but if it is the summer time we open from Monday till Sunday from 9.00am till 19.00pm or 20.00pm sometimes. The restaurants are usually open till 20.00pm or 21.00pm. The lunch breaks are usually half an hour and since it’s the service industry, people eat when they have time.

My city is popular with people who have a family or people who want to build a family in a safe and secure environment. I wouldn’t recommend it for younger adults because they usually move out of the city. However, they come back to raise their families in Kappeln.

Got interested into reading more about moving to Germany? Don’t hesitate to read more!