Expat Interview: My Move from the UK to Greece

We recently asked Sallyann Phillips to tell us about her experience of moving to Greece from the UK. Find out what she had to say about her moving experience!

Hi there! Tell us a bit about yourself

I’m Sallyann, I’m from the UK. I’m a teacher-trainer who is retiring in July and I enjoy writing blogs in my spare time.

What made you decide to move from the UK to Greece?

I’ve been going to the same location in Greece for 24 years. We started planning to move 13 years ago, and in 2010 we decided to buy land there. The process of moving has been ongoing since then.  We built a house there of which my husband was the architect. Sadly, he died two years ago, and then my mother died five weeks later. I was left with a dilemma- should I stay or should I go? Last year I decided that I would go, as I didn’t want to move to Greece after Brexit.

What were your concerns about moving?

Moving to Greece is scary to do by yourself, although over the years I made plenty of friends in Greece – the Greeks tend to adopt you and then that’s it! I also have some English friends in the village. It was a lot of work to sort everything out – I had to find the right international moving company, lawyer, architect, and accountant to know they would be looking after me. Another issue was the language barrier. My husband designed the house but then his measurements had to be converted into Greek specifications – I speak some Greek but this was still tricky to do! 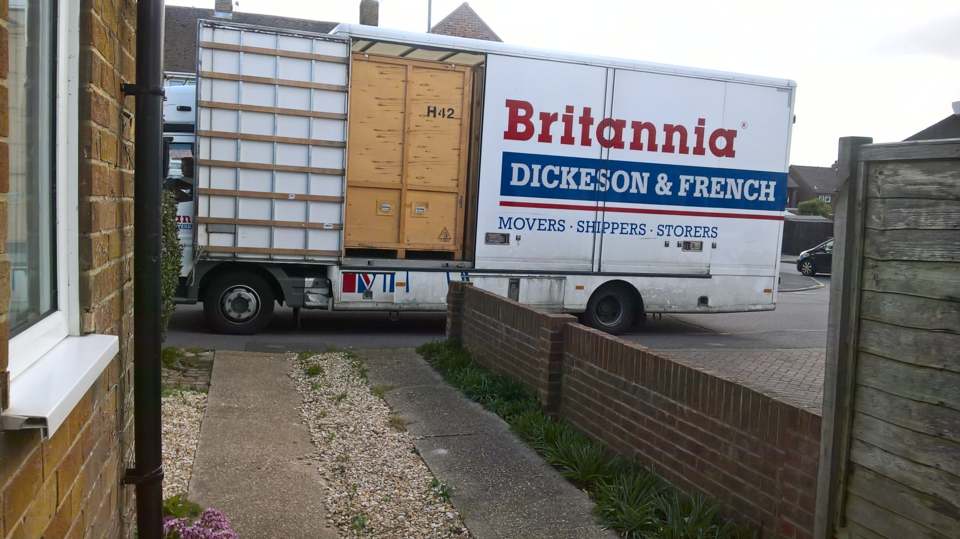 What did you have to research before you moved abroad?

We had to find the land first  – they don’t really have estate agents in Greece. Everything in Greece is about who you know, what you know and the connections you have. We found our piece of land by speaking to a man in a dress shop next door to a café that we once sat in. He took us on a little tour of the village and pointed out three plots of land that we liked – one was too expensive, one had no access to the road systems and was quite far out. However, to obtain the land we wanted to buy, we needed to be very careful, as we needed to get permission from the people who owned the lots on either side.  When you do buy land, you then have to go to the notary and pay a notary cost which is declared to the tax authorities. None of this is clear unless you know the right people to ask!

Have you moved fully from the UK to Greece?

How did you pick a mover?

I started the research for booking a mover before Christmas. I wanted to move everything before the 29th March, which was the original date for Brexit. My actual moving date ended up being later, with all my belongings finally arriving on the 5th April. I had three people come to see me for a general discussion and a quote. I also inquired about doing it myself as I had a friend who was willing to help out, but it would have been very difficult to hire a vehicle for enough time to go that distance, plus there are obstacles with customs to battle when going through each country. I settled for Britannia as they were local and also because they offered different options of transportation which many other moving companies didn’t. They offered by road or by ship, and I wanted to go by road. Storage was also part of the deal which was nice.

So you made your decision based on quality rather than price?

Yes, it was a door-to-door service that included packing. It took a whole day for them to pack – they had to pack every single item in the house. A large lorry which was split down the middle with containers inside. I filled up one side of the lorry. Absolutely everything was packed, wrapped and identified. It was very thorough. 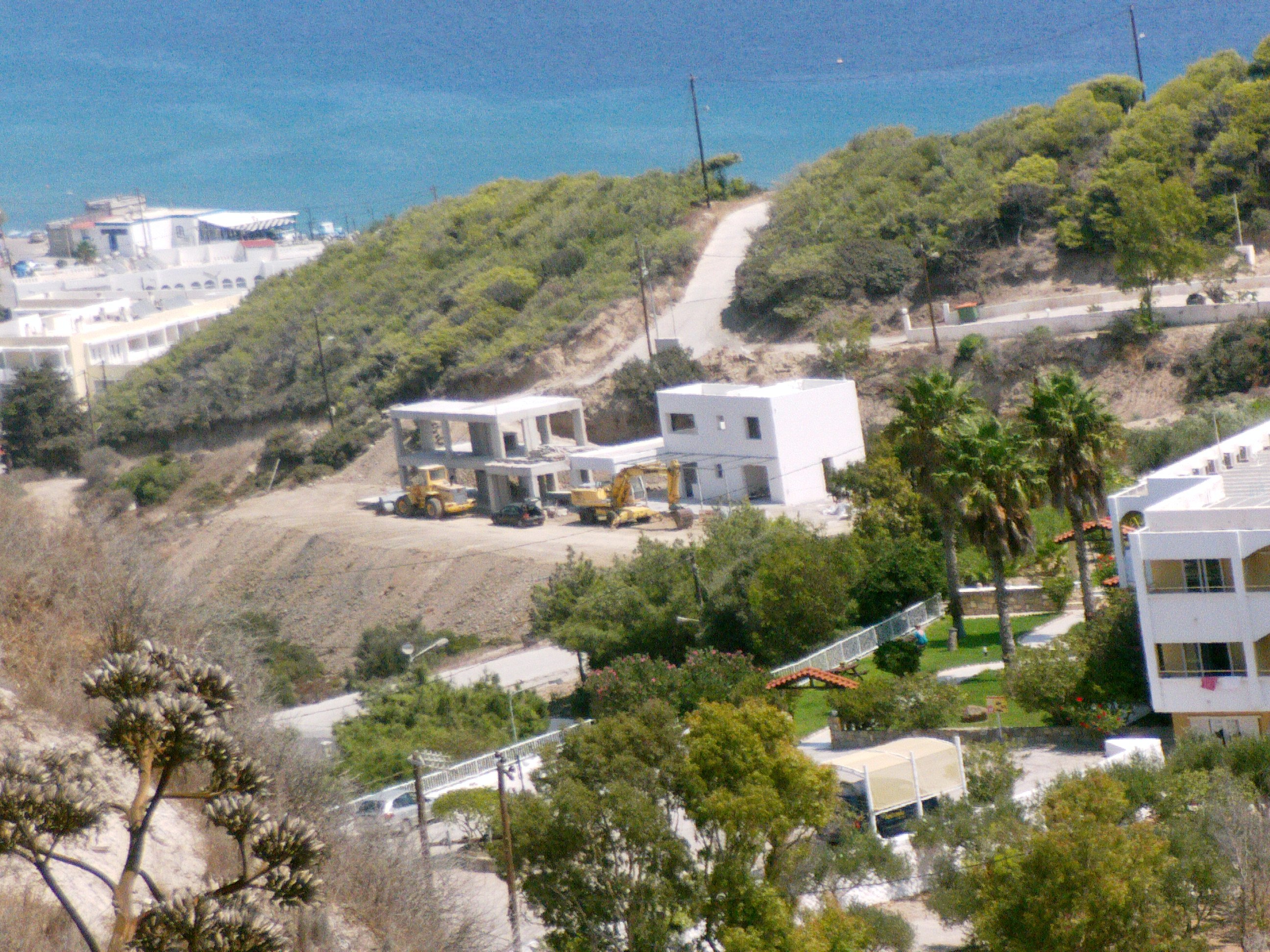 How was the experience of the moving day?

It was good actually! I shipped the cats out for the day for their rabies injections so I just had to keep the moving men going with coffee and bacon sandwiches!  They came at half eight in the morning and were finished by 3pm.  Everything went according to plan. The moving costs were fairly big, the move cost me about £5500 – not a cheap experience, but not as much as other moving companies were quoting. But there were no hidden extras.

The only downside was that I did have to chase them up a few times to see where they had got to as I was moving in on the 6th of April, but they didn’t turn up until the 5th of April. I was worried as I hadn’t had the road built yet and there was a lot of rain that year. I needed to know when they would arrive so I could have people at the other end help out with the off-loading. They were busy getting on with the job, so I had to be persistent in calling them. I also needed to know the size of the lorry to know how close they could get to my house. After a lot of phone calls, they did ring on the day of delivery to rendez-vous with my friend. But then to her surprise a massive lorry was sitting at the bottom of the hill – my items had been transferred from the British lorry to a Greek lorry! It was a different company than the one I started with – Kotakis Trans – they were incredibly efficient, just not what we were expecting! So that was the only stressful bit, but they were really efficient and thorough.

Would you have any advice for someone who is moving?

I would say let the movers pack, because nothing arrived damaged. Give them flexibility on time – I’m now living in my bungalow with the bare minimum but I do at least have peace of mind knowing that my belongings are safely in Greece. Also make sure to give them plenty of bacon sandwiches! 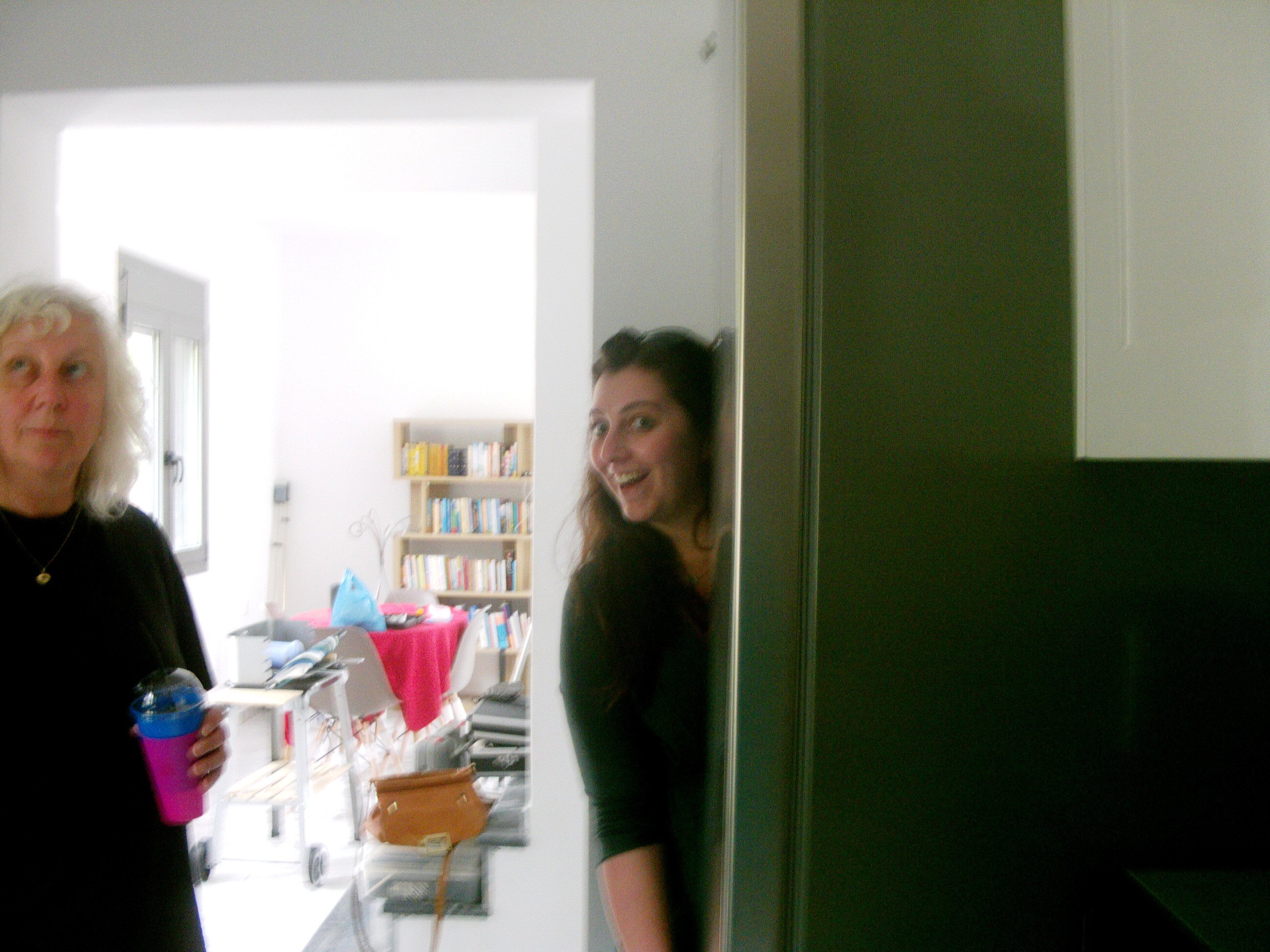 Thanks Sallyann! We wish you the best of luck in your new home in Greece!

Are you looking for a removal company? Fill out our quote form to get five free quotes and save up to 40% on your move! For more information on moving house, check out our useful articles on Sirelo.