Below you can find the information you will read about on this page:

1
Emigrating to Emerging Lyon
2
How much does it cost to move to Lyon?
3
Moving tips for Lyon
4
What do you need to remember before your move?
5
How and where to find a your Maison
6
Where to find a job
7
How is the transport in Lyon?

Lyon, the gastronomic paradise or entrepreneurial hotspot, just whatever you call it, is the third largest city in France. It is the capital of the Rhone-Alpes region. Both daytime and evening it is a beautiful city, when Lyon is illuminated at night some say it is even more beautiful than Paris.

Lyon is located in the east of France at the place where the rivers Rhône and Saône.The city is known for its historic city centre and is also on the UNESCO World Heritage list since 1998. When in Lyon, you can imagine yourself back in the time of the Renaissance. You can stroll through the cobbled streets and visit the many legacies preserved. Croix-Rousse, Vieux Lyon and Presqu’île all districts that are known for their historic character.

There are several large universities located in Lyon meaning that there is a great buzz to the city. Furthermore, the city is increasing in popularity in expats due to its growing business links. Moving to Lyon is now a more attractive option than ever before, so jump on in.

How much does it cost to move to Lyon?

Moving to France is generally quite quick and affordable in terms of an overseas move. As it is so far inland we don’t recommend shipping as this can add unnecessary costs onto the price of a move. The cheapest and simplest way of moving to Lyon is through overland transport.

Moving to a new country with a different culture and lifestyle habits can be daunting so we have provided our top tips to take into consideration before moving to Lyon.

People in France certainly do dress to impress, especially in business situations. Although there isn’t the same attitude towards to dress sense as in Paris you should be prepared to get a strange look or two if you’re not dressed up.

What do you need to remember before your move?

How and where to find a your Maison

Renting in Lyon is far cheaper than other major cities London – the average price is around €592 for a one-bedroom apartment in the centre or €433 on the outskirts and €1300 for a centrally located three-bedroom apartment or €940 in the suburbs. To buy those same apartments, prices range from €3,000–4,000 per m2.

House prices have been falling in France since the global crisis, and Lyon is no exception. Although small apartments are not particularly cheap, high-end property is currently at a good value. As Lyon’s population has been steadily growing (7.1% in the past century) and since new developments are being constructed, now is a good time to invest in a home.

For websites focussed on finding property in Lyon have a look at Immobel and RightMove.

Where to find a job

Lyon, the gastronomic paradise or entrepreneurial hotspot, just whatever you call it, is the third largest city in France. It is the capital of the Rhone-Alpes region. Lyon has ever been the capital of Roman Gaul and you still find remnants of it. Both daytime and evening it is a beautiful city.

Despite being second to Paris in terms of size, population and business, Lyon is an economic centre and major business hub especially in the chemical, pharmaceutical, and biotech industries. Additionally the city is home to several banking firms as well as a large software industry with a focus on video gaming.

Lyon is also a thriving city for start ups, it was ranked 8th in the world for for innovation and was ranked 9th in Europe for entrepreneurship.

Business culture in France is very formal and can therefore be surprising if you’re coming from a more laid-back background. Check out our working in France page to prepare yourself for your move.

Popular job websites in Lyon include The Local and Expat.com (both specialize in jobs for English speakers). 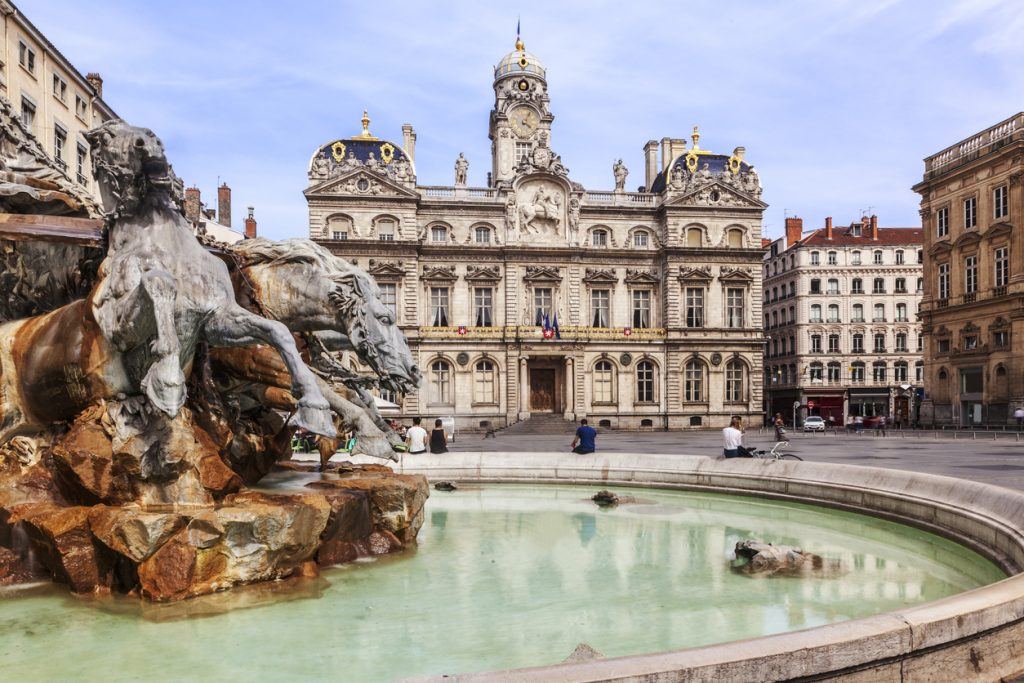 How is the transport in Lyon?

Most of Lyon is walkable, but if you choose to use public transportation, a metro/bus pass costs around €56 (£40) for the month, or €1.80 (£1.30) for one ticket. There are 4 metro lines, 5 tramway lines, 2 funiculars and over 130 bus lines around the Greater Lyon area meaning that you won’t struggle to get around. For information about a specific route take a look at the official Transport for Lyon website.

Is Lyon calling? You can save up to 40% extra on your moving costs. All you have to do here is to fill in the quote form. This will only take a few minutes and you can receive up to 5 quotes from moving companies that specialize in removals to Lyon.