Expat Interview: Moving from the UK to Ireland

We recently asked Stephen Mothershaw to tell us about his experience moving from the UK to Ireland. Read on to find out what he had to say!

Hi Stephen! Tell us why you decided to move?

Well, my wife is Irish so we decided to move to Ireland. We decided to live there as we wanted to be close to her family, to have a better lifestyle… our kids are all grown up and I had taken early retirement so it was fairly easy in that regard. However, this was a big decision as we needed to move the contents of our 4 bedroom home in the UK to our new home in Ireland.

When did you start planning your move?

We were actually quite late to the game as my wife needed to secure a job position with a company in Ireland first before we moved. So it was only in the beginning of September/ October that we contacted moving companies.

So how did you choose your removal company?

We surfed the internet and looked at two local companies in the UK to compare prices, but I wasn’t too keen on what services they were offering. So then we found Sirelo on the internet, typed in the details over what I needed, and then was contacted within a few days by several moving companies. All of the prices were comparable, all of which were comparable in cost, but I chose Careline because their approach was absolutely first class, from the minute I had initial contact with them right to the very end. We’ve moved several times before, and it is very traumatic to move even when moving a few towns away, let alone stock and barrel to another country, but with Careline it was totally stress free. They arrived at the allotted time in the UK and the allotted time in Ireland. I didn’t touch a thing except for the packaging, no items were damaged, it was absolutely perfect and I couldn’t recommend them enough.

What were your first thoughts about moving?

We were worried about the complexity of moving to another country, especially with Brexit looming, but Careline took care of everything . If I needed to speak to them, by phone or email, I would get a reply within minutes.

We knew quite a lot about life in Ireland before as my wife is Irish, so we didn’t need to do research in that sense. It wasn’t a worry for us as we had relatives in Ireland who were willing to help us anyway.  One thing we did have to do was get a PPS number ( the equivalent of National Insurance in the UK), which was easy as, again, my wife is Irish – but it’s dead easy for anyone as all you have to do is book a time and you get seen at that time!

What administration did you have to prepare?

We didn’t have to sort anything for Brexit. We still own our home in the UK but it’s on the market. Once we sell it, we will have to think about what we want to do with regarding renting and buying, but for now it’s quite easy.

What were things you didn’t realize you had to prepare before your move?

There were no nasty shocks.  Careline offered options such as storage but we didn’t need it. Everything ran as smooth as clockwork from the minute they arrived to the minute they left. 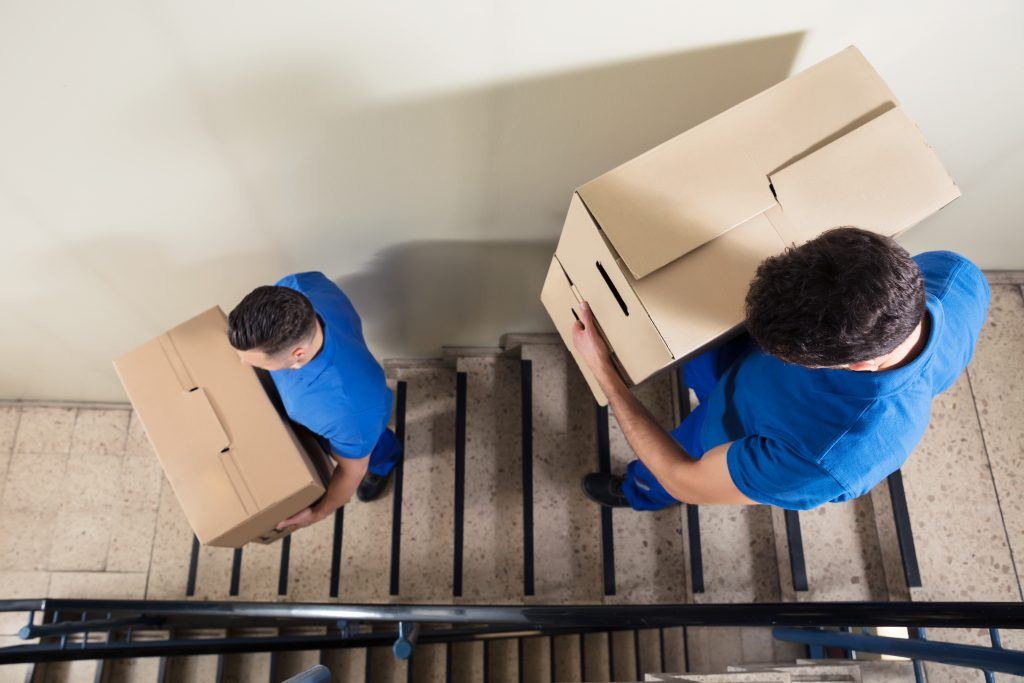 Did the moving company contact you before the move?

We didn’t do a moving survey, they took an estimate of my belongings on the internet so I was worried about whether the size of the vehicle would be correct, and I didn’t want them to send a flimsy canvas-sided vehicle. But they used the transport that was advertised on their website: they sent a large vehicle where everything was covered and strapped in. No moving survey actually saved a lot of time!

How did you find the packing and cleaning process before moving day?

It was all easy. We had to pack everything ourselves but we didn’t have big appliances like washing machines to move as they were all built into the property, so it was more small furniture or personal items we had to move. We were more concerned about some of our expensive items but they arrived without even a chip. I would say we were packing on and off for four weeks as I was still at work, but when I retired I had more time so I was able to pack more. It was hardly a traumatic experience though:  just wrapping items in bubble wrap and putting them into boxes. We got the moving boxes ourselves quite cheaply so that was nice.

So tell us about moving day!

On moving day the removal vehicle arrived on time with two men. They loaded the vehicle and removed the furniture from the house, we didn’t have to touch a thing. This took two hours and then off they went. Everything was on time, which was lucky as on the same day we drove to Holyhead to catch the ferry to Dublin, so we didn’t miss the ferry!

Yes, there were no nasty unexpected costs whatsoever. We did get quotes from other companies who were cheaper or, but honestly the costs were fairly similar but Careline had better reviews. We wanted quality and Careline’s reviews were excellent. I’m a firm believer of ‘you get what you pay for’. We picked this company based on the size of their organisation and the services they provided.

How long did it take for your things to arrive?

It took seven days as we’re in quite a remote area on the west coast of Ireland, and these seven days included the checking process through customs, etc. In any case we were quite happy as it gave us a chance to get into the property – it was partly furnished anyway so we weren’t waiting on any furniture items.

What was something you wish you had known before you moved? Do you have any advice?

Go for quality not just price! I certainly wouldn’t go for the cheapest one – in my experience, we got an offer that was actually 1000 pounds cheaper but I didn’t get a good feeling with them on the phone: they wanted to send a single person where I would have to help load the vehicle and send a canvas-sided vehicle which didn’t seem that secure to me for all my household belongings. We wanted a reputable company and Careline provided that service. It’s also good to have insurance and hope that you don’t need it!

Thanks Stephen! We wish you the best of luck in your new home!

Are you looking for a removal company? Fill out our quote form to get five free quotes and save up to 40% on your move! For more information on moving house, check out our useful articles about moving on Sirelo: