Living the American dream is a fantasy of many. Luckily the dream can become a reality and living in America is now very common for expats. But it’s still not a simple move, and factors such as visas can be complicating to arrange. On the positive side home buying in the US has recently been aided with low mortgage rates.

America is well known for its diverse cultures. There is a dominant Anglo-Saxon influence, but there are also African, Latin, Eastern European and Eastern influences. The culture in each state can differ tremendously so it’s important you know about them if living in America. Clothing styles vary by social status and regions, different brands are associated with certain stereotypes and status’.

Americas in nature are enthusiastic people and very friendly and welcoming. The well known culture of America as a whole is the freedom aspect as the citizens have come from all over to America.

The climate in the US can be very extreme. The country covers a huge surface area and climates vary from subtropical to tundra climates and everything in between. Certain parts are also prone to blizzards and tornadoes.

The US is commonly know for its fast food lovers. There isn’t a corner where you can’t find a MacDonald’s, Burger King or Pizza Hut. If you love indulging in big American pizzas, burger and hot dogs then USA is the place to go. The traditional American diners are a must go when going to America.

Americas are known for their large houses. The 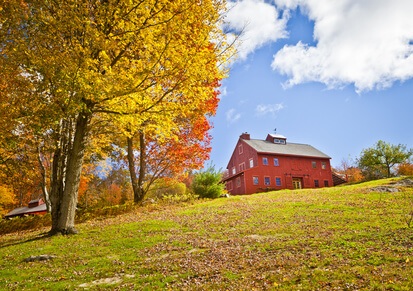 architectures are unique and most of them are detached. They are usually made out of wood with a nice porch in the front, this is very different in comparison to the UK.

Similarly to the UK, house prices vary depending on location. So houses in popular districts and larger cities will be more expensive to those in rural villages. Houses in areas such as Pennsylvania are much cheaper in comparison to those in the UK; however houses in New York can be equivalent to or more expensive than London

You can only purchase a house in America if you work there. If not renting it your only option. Mortgages are more expensive for foreigners when applying through US banks. Brokers are common in the US and it is popular to search for homes through these sites. Negotiation of the prices is also not uncommon and prices of 10% below the asking price is possible. Housing prices to buy are on average an astounding 260% more expensive in the UK than in America.

If buying is not an option it is also common for expats to rent properties. A contract is usually from six months or a year. Similarly to buying houses, the rental price is dependant on the location. Prices can also be negotiated and

Your daily costs when living in America?

The cost of daily living in the United States differs depending on which state you’re in. Most of the basic groceries in America are around 40% more expensive than in the UK apart from milk which is around 30% cheaper.

The American culture is very inviting and it will not be difficult to become involved in their society.  But be careful not to enrol in their lifestyle too much, especially when there’s a fast food restaurant around every corner. Thinking about moving to America? Find out more information on our pages.