Expat Interview: Moving from the UK to the Philippines

We recently asked Kevin Farrow to tell us about his experience moving from the UK to the Philippines. Read on to find out what he had to say!

So tell us about yourself!

We are Kevin and Leah Farrow, we are a family with two children. We moved from the Philippines to the UK last year. I have been working as an expat for many years in lots of different countries, including the Middle East, Russia, the Mediterranean, and a couple of years in Shanghai – so you could say we are used to moving!  Over the last ten years we have had four container moves, other times it’s just me and my suitcase.

Last year we decided to move to the UK, as the company I was working for (Qatar Airways) had some great schemes for schooling in the UK. However, I was then made redundant in January, so I took some time off to go back to studying. Luckily my wife runs quite a sizeable property business in the Philippines, so in the end we decided to actually sell our UK properties and move to Philippines. Our plans continued despite my getting a job offer from JLL, so for the next few years I will be based in Saudi Arabia and will then join my wife when I retire.

How did you book your mover?

I simply went onto the web and typed in ‘moving to the Philippines’ on Google. We then contacted Sirelo who gave us quotes from five moving companies.  We got a call from Abels and from Pickfords International Movers. Both of them came round to survey the house and give an assessment and quotation. The man who surveyed us from Abels, Kavan, seemed to be more in tune with us regarding our move and our family. We also had to move two dogs back to the Philippines and Kavan connected us to Airpets who sorted out kennels and flights for our dogs. Whilst the quote from Abels was more expensive (roughly £8500 compared to £7000) we saved more overall with the dogs.

When did you start planning your move?

We decided to move 2 months before we actually did. We made the decision in June/ July last year just before the kids left school. We had to let the schools know and find new schools for them in the Philippines. When we left the UK we also let the doctor and vet know about our move.

We also had to sort out jabs for the dogs, but this was all dealt with by Airpets. They were amazing  we had to leave the dogs in their kennels for nine weeks, and they would send us daily pictures of our dogs out on walks, in their kennels, etc! Jake Biggs – he was an absolute superstar! Jake made sure that the dogs got walked and fed during their 7-8 hour wait in Dubai. 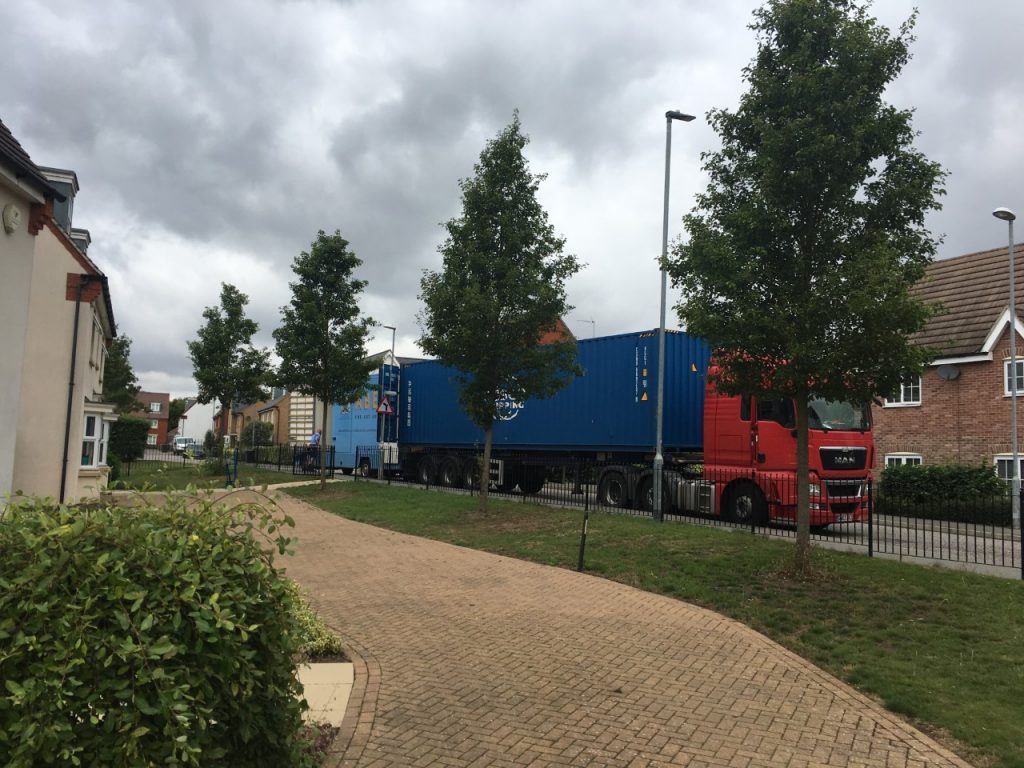 We already knew what to expect in terms of tax, healthcare and education, as my wife and kids had already lived there for a few years, plus my wife is originally from the Philippines. Not to mention our property business is based there.

What were things you didn’t realize you had to prepare before your move?

One thing we didn’t know was that we were advised not to take the lawn mower, as the grass inside it might have caused issues at customs. But in general we’ve moved enough times to know what to prepare. We asked ahead of time for boxes so Leah could pack her personal items. We left the rest to them, including the disassembly of the furniture.  Kavan was really useful as he gave us advice on what to do before our move, how to do it, etc. For example, we were told to give away all our food items as we couldn’t take them with us, so we ended up donating four boxes of food.

Tell us about your move!

On moving day, the truck turned up early with 3 or 4 people in very smart uniforms. They introduced themselves and ran through what they were going to do. They then covered the house with protective plastic on the floor, carpets and furniture. One thing I was surprised by was that there were only 3 or 4, I thought there would be 15 or so, but they really worked quickly! They were quick, diligent, clean,  took breaks when they said they would and went outside, all we had to do was provide tea and coffee!

Did they treat your belongings with care?

Obviously you want to know how they’re wrapping your things as we have a lot of china and ceramic collectibles so we observed it – we needn’t have worried! I had no problems leaving them on their own, I even went out for a drive. There were some things that had to get thrown away as they couldn’t be put in the container, such as flammable pots of paint. They also had one box in red where they kept all the screws and bits and pieces needed for reassembling furniture.

How long did it take to pack?

They packed the whole house (5- bedroom) in about 3-4 days. We were then able to hoover so that we could leave the house in a nice condition for the next tenants. I helped them to move the items onto the truck which was then attached to the back of the container – they loaded everything literally to the doors as we had so much stuff! 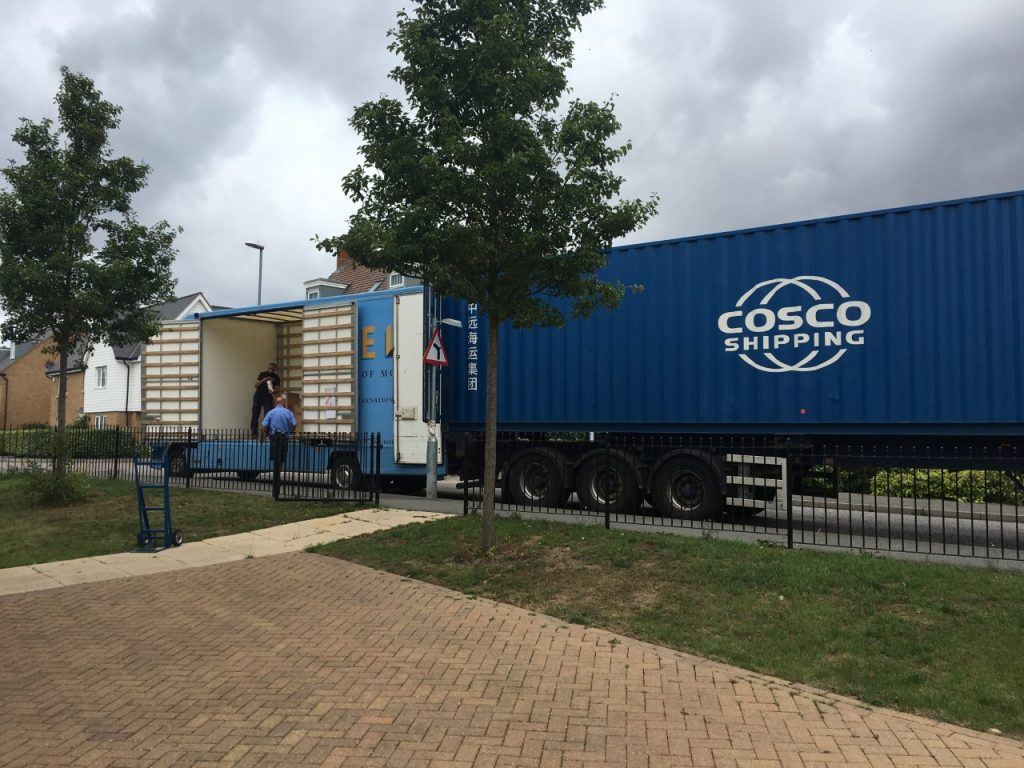 So your move was a success?

Abels were 5 star! Abels’ schedule was spot on to the day. We even wrote to them and Airpets about how fantastic a job they did. The company that dealt with us in the Philippines, however, was another story….

Oh no! What happened?

Abels emailed us to let us know our container had arrived in the Philippines and was now being processed. They then transferred us to a partner of theirs  who they worked with in the Philippines. This partner company then asked us for information in order to get our belongings through customs, and we gave them everything they asked for. We weren’t getting much information from them, and my wife at this point was concerned about the amount of time it was taking. So she went to visit the customs and finance department and realised that we hadn’t been informed properly. Not only had the partner company not applied on time for finance clearance, they had also forged our signatures on documents! We were then told all these fees would cost an extra 5000 dollars!

What did you do to resolve the issue?

Leah met with customs, they luckily understood the situation as they could see this wasn’t our fault so they waived the fee. Leah is originally from the Philippines, so they knew a lot of our stuff was originally from there, which helped.  By this point the container had been cleared and was sitting in the container port. They still needed to pay the damage charges before it could get released, which cost 2000 dollars.

At this point we got in contact with Abels and the Chairman of the company got involved. We still didn’t know when this would all get sorted and when our container would arrive, until one day we got a text at 7am in the morning saying it was on its way! The partner company had indeed paid for the other fees.

So you got your container in the end?

Yes, although the container originally went to the wrong location, despite the workers turning up at the right house! The truck was then stuck due to special timezones for HGV so the workers had to stay at our house doing nothing until 8pm! This wasn’t their fault, but it meant we had to pay for their food and care for them that day. All the boxes are now in storage or at our neighbour’s house – nothing is unpacked yet, we’ll do that when we’re ready.  The 6 workers and their supervisors had to work until 1:30am in the morning! We gave them some extra money to say thanks.

And how long did it take for your container to be shipped to the Philippines?

Shipping a container from the UK to the Philippinesnormally takes about a month. However, it took 3 weeks more due to all the mess at customs.

In the end, it was the same as expected except for giving the workers some extra money and giving them food. But the experience was just terrible in the second half!

What was something you wish you had known before you moved?

Whilst Abels gave a 5 star service, we wish we had known how they vet their partners so we could ensure this sort of thing doesn’t happen again. But as for how good Abels were, I would book with them again – you pay for a premium service but it’s your life in that container! 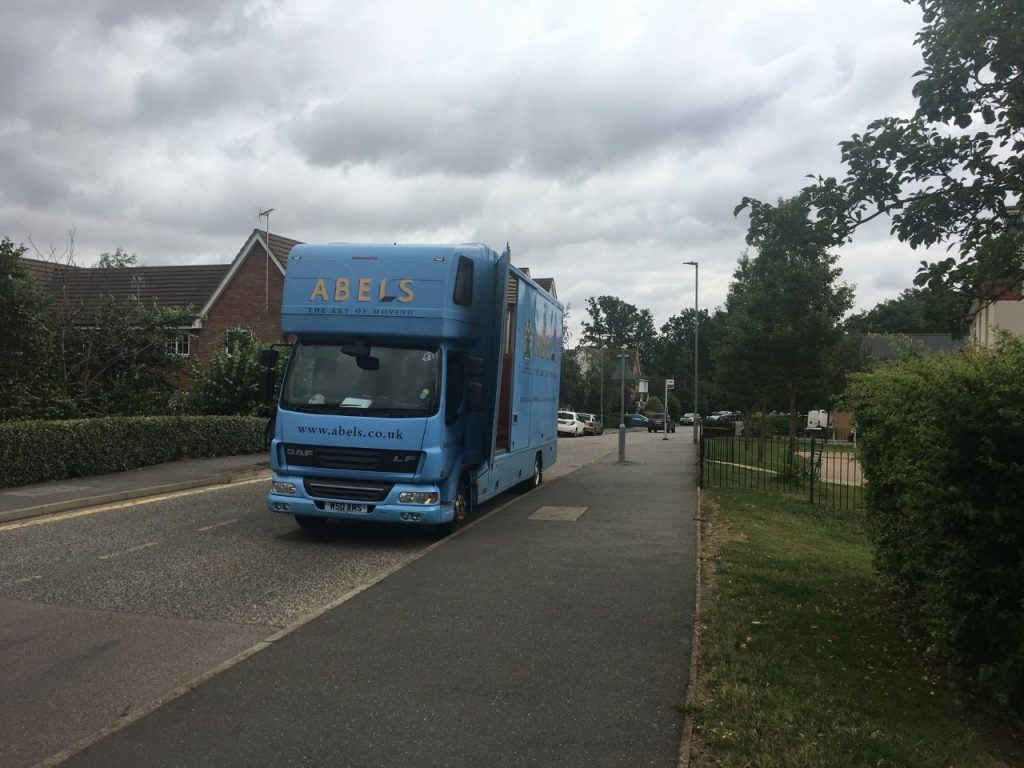 Thanks Kevin! We wish you the best of luck in your new home!

Are you looking for a removal company? Fill out our quote form to get five free quotes and save up to 40% on your move! For more information on moving house, check out our useful articles about moving on Sirelo: